Of Curls, Dress Codes and Hipsters

Last week I went to share in the Simcha of the Opshernish of the oldest son of a good friend of mine.  As expected, it was a beautiful celebration with many family and friends each taking a snip at the boys long curly locks – curls that for the last couple of years have attracted so much attention – and showering him with Brochos to grow up a true and sincere Chosid.

After the formal event, and after all the guests left, my friend borrowed a hair clipper and gave his son a complete haircut – the typical Chassidic “buzzcut” of a “number 2” haircut.

When I saw my friend a few days later he told me something that was a very powerful message for me in the context of dealing with Mesivta Bochurim, and teenagers in general.  He said that now that his son’s hair was practically gone, he was overwhelmed at how distinct and powerful the features of his face were.

That statement really made a strong impact on me as I often have to deal with Bochurim questioning the traditional Yeshiva dress code of a white shirt, dark pants, black hat, and jacket – not to mention the dark shoes with no colors allowed.  Why, many of them ask, can’t they be more unique in their garb?  Why must they all look the same?  What’s so bad about being a little different and expressing yourself in alternative clothing?

Besides, doesn’t Chabad “Mont Pnimiyus”?  Since when do we care about Chitzoniyus?

Although in my mind the answer is completely clear (now that I’m not a teenager – I admit that my opinions have, understandably become more conservative as I’ve matured since being a teenager myself), it’s always a struggle to explain this to others.  And so when I heard this remark from this boy’s father, I took it to heart.

It reminds about another powerful anecdote that expresses the same idea.  Someone once told me about  a pictorial in a well known newspaper contrasting the Chassidic community of Brooklyn with the Hipster community of the same neighborhoods.  Part of the piece was the photographer interviewing the subjects about their counterparts and she included some quotes in the article.

There was one particular quote that brings our point home:

“They all look the same!  How can they expect to be treated as individuals when they’re all doing the same thing…”

The power expressed by that comment and the responses were amazing.  As I myself was hearing this story, I was already preparing my reply to the person that it’s not true, just because Chassidim all dress the same does not mean that we are not individuals!  But before I had a chance to reply, he finished the quote and the name of the person that was being quoted – Yankel Cohen (or something like that).  In other words, this statement was made by one of those “black and white Chassidim”, not by one of the Hipsters!

A third anecdote comes from a Purim Shiur I heard years ago discussing the concept of Ad Dlo Yada, and the difference between Boruch Mordechai, and Orur Haman.  The Rabbi was saying that when Jews dress up on Purim, get drunk, and celebrate loudly and excitedly, and the lines between Jew and non Jew become blurred externally, then the true differences, the real and deepest most fundamental differences between them shine through the most.

In other words, to sum up all three points above, the more we try to express our individuality externally, and the more we try to stand out and show our Metzius with certain behaviors that will draw attention from our peers – be it with hairstyles, clothing, jewelry, makeup, alcohol, cigaretes, or any other means that youth are often drawn to – the more everyone is blinded by those external garments to our true selves and deepest uniqueness.

Of course every passerby couldn’t resist commenting about this cute boy with gorgeous long brown curly hair.  But as a result, how many noticed his beautiful smile or precious laugh?

When I see all my daughters line up at carpool in a sea of dozens of other identical plaid uniform skirts and shirts and perfectly pulled back pony tails, I can instantly recognize the elegant gait of my daughter a mile a way – that’s a uniqueness that no dangling earrings or colored eye shadow can bring out.

When I walk into a Zal with hundreds of boys in a sea of black and white, the only differences that I can see are those expressed in their learning, Davening, and interactions with their friends, in their demeanor and conduct – and I’m not blinded by neon streaks on their sneakers, or the color and material of their Yarmulkes. I see the true differences in their character and their real individuality screams out who they are.

When a boy asks me why he can’t express who he really is without being seen as a rebel, I point out who I believe is the greatest rebel: the Rebbe.  The Rebbe rebelled against the status quo from day one and is arguably the most unique leader in Jewish history.  And yet, externally, the Rebbe’s dress code is virtually identical to that of the typical Yeshiva Bochur.  The point is that it’s neither the Sneakers, nor the Black Dress Shoes that express anything about who you are.  All it’s expressing is what you think people think about you when you dress a certain way.

Once we have a dress code, then we put the whole external thing aside and can move on to expressing who we are by shining our Pnimiyus and true uniqueness as loud as possible. 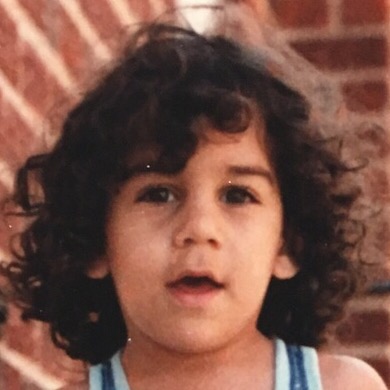